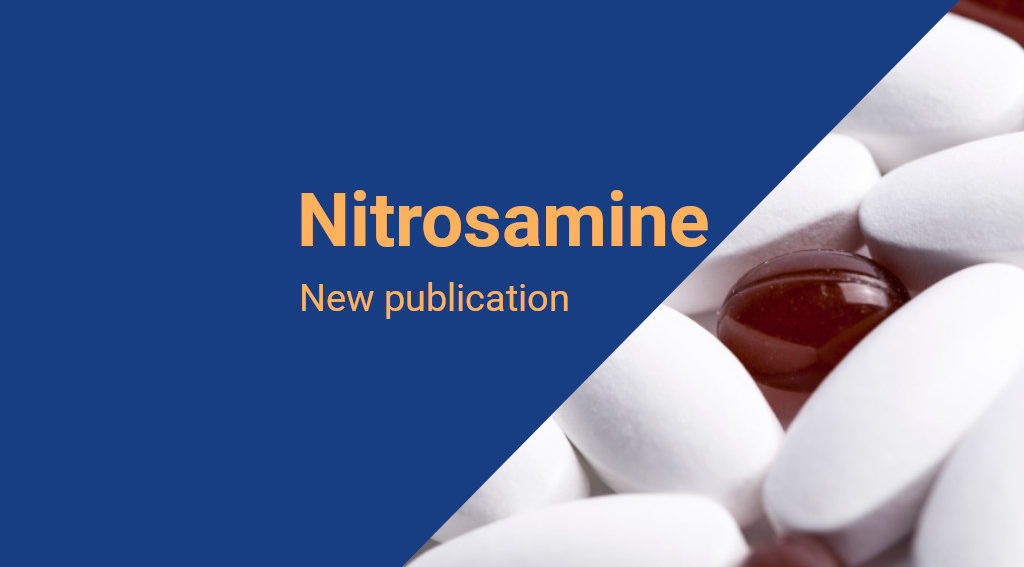 Nitrosamines continue to be an important topic in drug safety. Chromicent conducts intensive research in this area and thus makes its contribution to drug suply safety and prevention of drug shortages.

At an early stage, Chromicent published an SFC-based analysis method for sartans. In the meantime, we have further developed our analytical method and have already analysed more than 200 different APIs, finished medicinal products and excipients – thus nitrosamine analysis has become an integral part of our service portfolio.

The EMA has published a multi-stage approach with a strict timeframe (see figure below) for the implementation of an investigation procedure. This approach includes a risk assessment (step 1), additional confirmatory testing (step 2) and subsequent risk mitigation (step 3) when NAs are detected or highly probable.

The FDA has – most topically – given an update on the ongoing procedure last week.

FDA strongly recommends that manufacturers and licence holders address “active substance-like nitrosamines”. The varenicline case has shown that not only small, aliphatic or aromatic amines (e.g. NDMA, NMBA, NMPhA) can be problematic, but also nitrosated active ingredients (in this case: N-nitrosovarenicline).

Since Chromicent has already developed and published a universal and selective SFC-MS/MS method for 16 aliphatic, cyclic and aromatic nitrosamines according to quality by design principles, the analysis could easily be extended to nitrosated pharmaceuticals, thus opening up a future perspective.

The complete study can be found here as a downloadable PDF or under this link.